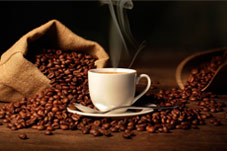 “Don't talk to me before I've had my coffee.” Sound familiar? If you or someone you know has said this, chances are you've realized that caffeine has become a necessity for many people just to wake up, without even being a necessary part of the diet. Unlike other things like vitamins, proteins, and carbohydrates, caffeine is something we take in all the time despite not needing it to survive, and in many cases the truth is that sometimes it can do us more harm than we know.

People depend on sleep for their health, but in many cases people think that a lack of sleep can be supplemented by the stimulant effects of caffeine, whether in the form of coffee, tea, or energy drinks. By drinking more to stay awake, surely that makes up for sleeping less, right? Wrong.

Caffeine is a stimulant that affects the central nervous system. That's the clinical way of putting it. And while it may sound weird, like a description of methamphetamine or cocaine, it's technically true. The difference between caffeine and those other drugs, of course, is that it's legal. But that doesn't mean that it can't have negative affects on us, and many people may not understand just how powerful or lingering its effects can be.

WHAT HAPPENS DURING SLEEP?

Sleep isn't a period of total inactivity. In fact, there is a lot going on when we pass out for the night, and many of our body's processes go right to work once we're asleep. Products of metabolic waste are cleaned from the brain (as well as free radicals) as antioxidant function increases, certain necessary hormones are secreted in larger quantities, and white blood cells are produced in larger numbers, improving the immune system. Memories and knowledge are organized in the brain during sleep, which is why lack of sleep leads to fuzzy memory and disorganized thinking. Regular amounts of adequate sleep improve energy, mood, and problem-solving abilities, as well as stamina.

Caffeine, which is supposed to help give us an extra “push,” might be causing the very problems which make us feel we need it. A couple cups of coffee doesn't sound like much, but in fact, a “moderate” amount of caffeine is contained in only two cups, while six or more cups is considered “excessive.” A recent study found that people who consumed caffeine pills as little as six hours before bed found themselves losing as much as an hour of sleep per night, and they spend more time awake as they tried to doze off. Caffeine can also affect your circadian rhythm – your sleep cycle – and so the times your body wants to fall asleep could change regularly, causing havoc if you have a set schedule and have a time you need to be asleep by.

But caffeine isn't just found in coffee and tea. It's found in other products, like energy drinks, sodas, and even some medications (as a way to increase active ingredient metabolism and absorption). And depending on the source – and this is especially true of soda drinks – it can have more milligrams than a cup of coffee, which can have disastrous consequences on sleep.

There are consequences for sleep deprivation, especially if it goes on for too long. Your attention span becomes shorter, you can be more anxious, and your mood can worsen. Longer periods of sleep deprivation can affect your immune system, and as you become more prone to anger because of mood swings, your social relationships can be affected.

WHAT CAN WE DO?

There are lots of ways to deal with the issues of caffeine and sleep without having to go without either:

1. Drink less coffee. If you've been drinking coffee, strong tea, or energy drinks for a long time (and in large amounts), you may have developed a tolerance to caffeine, forcing you to drink more to get the same effects. By cutting back, you can reset your system. That way you can drink less of it, but still get the benefits of its stimulating properties.

2. Drink it earlier. Since caffeine can stay in the blood up to six hours after taking it, taking it too late in the afternoon can significantly affect your sleep cycle. A common recommendation is to have a 2pm cut-off point beyond which you agree to have no more caffeine. This way, you can stay awake and alert only when you need to be.