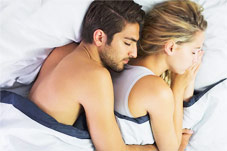 Why Is Sleep So Important?

Sleep often gets knocked way down on our list of priorities. With people working longer hours, and many doing multiple jobs (and “side hustles”), our spare time has been rapidly dwindling for a number of years. Combine that with the extra scheduling needed to juggle family obligations, social engagements, and much-needed personal time, it's easy to look at sleep as a necessary evil, something that we need but don't want to spend too much time on, otherwise we'll miss out on everything else in our lives. Our habits, too, put emphasis on getting more done: reading more, watching more shows, keeping ourselves up later and later in bed while scrolling through social media feeds. Or maybe there's a social or business function at a bar somewhere, one that keeps us out later than we'd like for the sake of appearances.

But by shoving sleep to the back of the line, are we getting more done and living happier lives as a result, or is it actually hurting us?

The truth is that sleep isn't just something we “do”: it's a necessary part of our health. But while most of us feel like sleep is just a period of inactivity, it's so much more than that. So what exactly happens when we sleep?

N1: A half-awake state where we slowly start to submerge into sleep.

N2: At this stage, our body temperature starts to drop, and we begin to be less aware of what's going on around us.

N3: Here's where some of the most important parts of sleep happen. As our breath begins to slow and blood pressure drops, and hormones are released which include growth hormone, a hormone that can help in muscle development. Tissue repair begins, and all of the little minor tears and weaknesses in our body start to be mended and healed at a very small scale.

REM: Named for the “rapid eye movement” that occurs during this stage, this is where dreams occur. During this part of sleep, memories are solidified and cataloged and things we've learned are stored in our brain, which gets a huge boost in energy. In addition, the brain gets a chance to sweep away debris and toxic byproducts that would otherwise build up, allowing the brain to essentially clean itself and get itself into top shape.

Getting a good night of sleep doesn't just have an effect on energy levels. It's clear that less sleep at night equals more tiredness during the day, but sleep has so much more of an effect than just that. When we don't get enough sleep, we find it difficult to remember things, our blood pressure goes up, and we find it hard to concentrate on one thing at a time. Our mind, having had little time to rejuvenate itself, wanders off easily. Not only that, but our moods change. People who are chronically under-slept are often more irritable, depressed, and angry than they would usually be. And since production of hunger hormones like ghrelin and leptin becomes irregular when too little sleep is had, people become more hungry in waking life and typically go for higher-calorie foods – which can lead to weight gain.

On the other hand, getting enough sleep doesn't just give us more energy, but more stamina. Our bodies can go longer and harder, which is why athletes are one group of people who are prone to tout the benefits of a good night's rest. We can concentrate on the tasks in front of us and finish them more efficiently, making us better workers. And the benefits to mood help us in our social lives, because everyone likes being around pleasant people who don't seem like they're running on fumes.

So now we know why sleep is important. The question is: what do we do now? Of course we can't just quit our jobs, or drop our friends, or throw away our laptops and tablets and smart phones. If we become better at time management, we can make sure that we make everything fit around a healthy night of sleep, as opposed to the other way around. Without